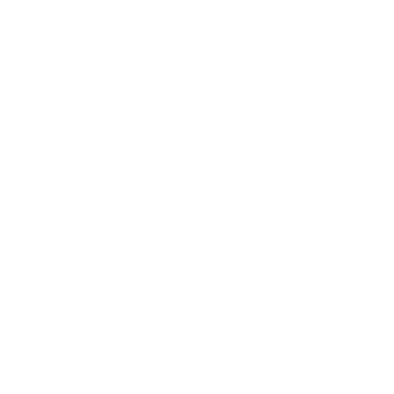 In the beginning of the 1930th there was a growing interest among the Clubs around the Baltic for an offshore race in the Baltic. They were all invited to a sailors meeting (Seglarting) in Fårösund 1935. Boats and club-representatives from all the countries around the Baltic were invited. Totally there were 77 boats from nine countries and together 349 enthusiastic sailors.

This Fåröting was the embryo for “Gotland Runt” that would eventually be what it is today – the worlds largest, yearly offshore race. The serious safety regulations and rules and the hard competition between different boat constructors tested during various weather conditions have been the foundation and safety. Seglartinget in Fårösund has its own history worth telling here. The idea was to gather the countries long distance sailors to create an offshore Race.

Strong support from Gotland and the air force

Eveeryone wanted that the meeting should take place at Gotland due to its geographic position and it was then decided to have it at Fårösund when the Air Force offered the good harbour and their convenient buildings not at least due to the local back up from community and business sector. The meeting discussed many different courses, among others start from different harbours and the foreign participants claimed that it was difficult for them to navigate close to the Gotland shores.. Finally it was agreed that a regatta around Gotland should be held every second year. A committee was asked to during the winter make a suggestion for measurement rule: “One should stick to already familiar and tested forms, which could be improved through changes or putting in special koefficients”. KSSS has also for the coming race donated a magnificent “Baltic Cup”.

At that time there were a number of different certificates, Bermuda/CCA rule, the British RDR rule, German KR-rule and the Swedish Baltic rule and the 8 meter rules. After some discussions they decided to use two established certificates, SHR and RORC. In the race 1937 the class divisions were a bit complicated due to the measurement rules that were in place that first year. For example here were Bermuda classes 1-4, KR-classes 1-8 whith Havsörnen constructed by Tore Holm who won Bermuda klass 1 and the head of the Cementfactory in Slite (Gotland), Arendt de Jounge with his ketch Mosca, designed by Jarl Lindblom who won KR 1. She was the last to finish, the smallest yacht but nevertheless won KR 1.

The Fårömeetings decision to arrange an offshore race around Gotland at the beginning every tvo years. The first modern Gotland Runt race was arranged by KSSS 7 – 9 July 1937 and was an immediate success. There were 42 boats, 14 from Germany, 12 from Sweden, 6 from Poland, 5 from Danzig and two from Finland. The course was 250 nM with start and finish in Visby and rounding Ölands Norra Grund, Hoburgen and Gotska Sandön. The race was probably rather boring for the sailorsdur to week and changing winds. They started in one sec wind. Sven Saléns almost 16 tons Havsörnen took the lead almost from the start in her class, a leed that he held almost all the way home. Eventually the wind came back and the fleet entered Visby after 2 days and 2 night, To be continued.

In the book ”Seglare, redare, sångare – en bok om Sven Salén” (Magnus Ullman, SNS, 1991) (Sailor, shipowner, singer – a book about Sven Salén.) Sven Salén has described his first Gotland Runt. This is a short cut from the book; ”After the start Havsörnen sailen a head of the entire squadron and was leading at Ölands Norra Grund … After a long time without wind we rounded Hoburgen a few minutes before Schwanenweiss and increased the lead once more.. In the evening off Fårösund the skipper fell asleep. When he woke up the next morning he looked backwards for Schwanenweiss and could not see her. The helmsman pointed forwards. Far away Mr Salén spotted his competitor just about to round Gotska Sandön…. The current was obviously strong outside Gotska Sandön and in contrast there was a weak current along the shore. We decided to make small beats towards land. We slowly sailed along Sandön wih constant sounds taking. As we rounded the bouy north of Sandön we were 20 minutess ahead of Schwaneweiss and also Orion and we won the #Östersjöpokal.

A Visby race that ended at Karlsö

As an anecdote: KSSS had for a long time arranged the Visby Races, offshore race Nynshamn – Visby – Sandhamn. In 1937 the start from Nynäshamn was almost as the Gotland Runt sailors finished in Visby on the afternoon the 9th of July. This Visby race had 8 yachts, two 10 mtr, one 9 metr, five 8 mtr and finally the 12 mtr Bedouin II that entered from Visby to Sandhamn, after having taken part in the first Gotland Runt race. The participants in this Visby race made an embarrassing mistake where the leading boat took the wrong course leading to the Karlsö islands, not Visby and all the boats followed the leader boat as usual. We do not know which winds there were, but after having sailed for more that an hour all the boats had to change course and head back for Visby. The restart back to Sandhamn was on Sunday the 11th of July. But that is another story.